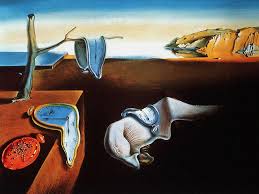 Persistence of Memory: The story of a Holocaust survivor mother and her gay son pulled apart by their secrets.  Originally published in Lilith, Vol. 21, No. 2, Summer 1996.

I’m putting up this story first, as it is so close in theme to the novel I’m working on –  I’m finding similar themes everywhere.   It’s odd, though, when I look back on it, my mother didn’t keep too many secrets from me (well maybe she tried, but she didn’t succeed) so I’m not sure where this obsession came from. 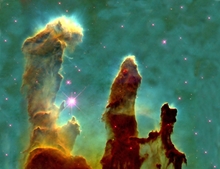 When I read Joyce Carol Oates statement “you don’t have one  story until you have two,” that struck a real chord with me.  “Yes!” I thought, “Texture!  Compare and contrast!  Discovery!”  Juxtaposing the two traditional stories I have here allowed me plenty of room to play.

Soliloquy is a story I wrote in response to a discussion about whether or not you could write poetry without emotion.  I don’t remember now why anyone would want to write poetry without emotion, or read it for that matter, but I do remember thinking that art without emotion is mere technique, like knitting from a pattern or going to a museum and copying a Rembrandt.  On the other hand, emotion without technique is just a mess, I don’t care what some  free spirit at the jazz festival, your writing group members, or even your brother-in-law, tells you.   I think the best works of art have a balance, not necessarily equal parts but at least a deliberate weighting, between intellect, emotion and sensation.  I hope this story achieves that goal.  Originally published in Words of Wisdom. Vol 15, No. 1, Summer 1995.

One thought on “Published Stories”